Home > Careers > Achieve & Grow
Being a consultant gives you unparalleled business experience and real-world training at an early stage of your career.

Asaf Ofer joined TASC in 1999 when the Israeli telecom and communications market was in its early stages. At the time, Pelephone, the first company to offer mobile-phone service in Israel, was a client of TASC. Ofer and Ilan Schory, the CEO and leading partner of the telecom division, worked with Pelephone on a number of projects involving 3G and the introduction of a virtual operator with Virgin Mobile. After four years, during which Ofer became a manager at TASC, he moved over to the other side, taking on senior management positions at Pelephone. From there, he moved on to HOT where he became CEO of HOT Mobile.

“TASC is a great school for anyone aspiring to management positions because it teaches how to build a company’s vision, how to apply that vision in work plans, and how to make it materialize”

Could you describe your career path since you left TASC?

After TASC, I went to work at Pelephone as manager of the strategy division. I was at Pelephone for 14 years and held five different positions including VP Marketing and, for the last three years there, was deputy CEO. In 2017, I became CEO of HOT Mobile.

What led you to your current line of work?  Did your background in consulting at TASC help?

My work at TASC helped me two-fold ‒ first by acquainting me with the telecom and high-tech world, which was my specialization at TASC, and second, it created the connection with Pelephone. So, my time at TASC helped me tremendously.

I must say that TASC was very supportive of the process of employees moving on and working on the client side. It’s not frowned upon and, to the contrary, is considered part of the success of TASC when graduates integrate into senior positions in the economy. It’s a good symbiosis.

Another interesting and important skill I acquired from TASC (and specifically from Salco and Ilan) is the ability to form a strategic plan for your own company by observing the way they built and developed TASC itself ‒ each year defining new fields into which the company should venture, as well as what types of people and how many should be recruited.

TASC is a great school for anyone aspiring to management positions because it teaches how to build a company’s vision, how to apply that vision in work plans, and how to make it materialize. TASC is, in that sense, an excellent example of a company that practices what it preaches, meaning that it doesn’t only consult for other firms, but regularly applies its principles to itself. TASC did not get to where it is today accidentally.

When I started at TASC we were seven people, but three and a half years later when I left that number had grown to 30, and it was all thanks to Salco, who set goals and identified new fields for us to enter. The company grew and grew and is now Israel’s largest strategic consulting firm. Many competing firms that were around then are now gone, but TASC manages to grow consistently and sustainably. 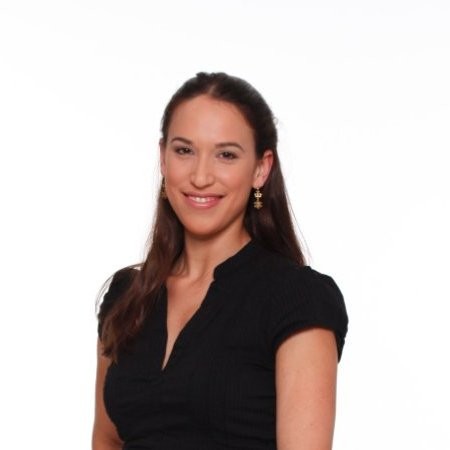 Miri Yahlom-Kolnik arrived at TASC in 2010 after receiving her Bachelor’s Degree in economics and business administration from Tel Aviv University. She worked at TASC for four years during which she was promoted to manager and found the time to get married, have two lovely children, and get an MBA degree.

She specialized in energy, infrastructure & traditional industry at TASC and left the company in 2015, moving to Plasson Industries, a global leader in the manufacture and marketing of PE fittings. Today, Yahalom-Kolnik is the VP Strategy at Plasson.

“Working with bright, young people is a privilege that is not available at many workplaces”

How has your TASC experience assisted you in your career?

The capabilities and strategic thinking, together with the managerial tools I developed at TASC, help a lot along the way. Using them, I implemented work procedures and professional methods at Plasson, not only in my areas of responsibility but more importantly across the whole company.

Moreover, the work habits I acquired at TASC are expressed in the way I approach and prepare for discussions. I am thus able to direct the discussions where I see fit.

What advice do you have for beginning consultants?

TASC is a great school that gives you a variety of practical tools and great outlines for working procedures and methodological frameworks.

Anat Erlich studied electrical engineering at Tel Aviv University and worked at IBM as a software engineer. Deciding to change her career, Erlich joined TASC to experience the business world. She worked at TASC for about three and a half years during which she became a manager in the energy and infrastructure area, gaining better knowledge about the business world and growing very fond of it. Consequently, she began studies for a business degree at Harvard.

“Familiarity with major important processes in the Israeli market broadened my horizon significantly. The way you are taught at Harvard is different than the way they teach you in Israel.”

Does your background at TASC help you today?

Familiarity with major important processes in the Israeli market broadened my horizon significantly. The way you are taught at Harvard is different than the way they teach you in Israel. A big part of my studies centres around debates and solving case studies. The rich experience I acquired at TASC allows me to contribute in any class or debate and to refer to an example in the Israeli market or from one of the projects I or my co-workers worked on at TASC.

At Harvard, people are measured according to their accomplishments in life and I bring distinct added value to debates thanks to the experience I accumulated at TASC.

In addition, the practical tools and professional knowledge I acquired at TASC help a lot with my studies. For example, while students around me were taking private tutoring in financing, I felt that my experience at TASC gave me excellent understanding of these areas.

What do you think makes TASC special?

The guidance you receive from the partners and management along the way is not taken for granted. For example, Salco Kleerekoper, chairman and founding partner at TASC, was my mentor from my first day, guiding me through my professional evolvement at TASC and assisting me in the process of getting admitted to Harvard. He prepped me for my interviews and boosted my self-confidence in different areas. I do not think that type of support for employees is typical of other places.